Explore The White Continent on this 13-day Antarctica expedition which features 5 days of immersive exploration in the most remote region on earth.

Once your ship has arrived in the Antarctic Peninsula, your adventure will really get underway. With almost 24 hours of daylight and no scheduled itinerary, the Expedition Team onboard will lead you and your fellow guests on a unique 5 day tour of this breathtaking region. Each day will bring the chance to explore somewhere new and be further enhanced by an informative series of onboard briefings and lectures.

Weather permitting, your ship’s fleet of Zodiacs will be deployed daily in order to cruise at touching distance from mountainous icebergs or get closer to the waddles of penguins that line the jagged shorelines. You will also be given the opportunity to step ashore to enjoy hiking tours and take part in excursions by kayak.

On the ninth day your time in Antarctica will draw to a close and your ship will set sail north, again through Drake Passage. This two-day crossing will provide you with plenty of time to relax and reflect on your experience. You may also wish to use the onboard facilities to upload photos from your trip, or make contact with friends and relatives via the onboard WiFi.

Upon arrival back in Ushuaia, you will be flown back to either Buenos Aires (if sailing on National Geographic Explorer) or Santiago (Orion) in order to catch your connecting flight back to the UK. Of course, should you wish to say a little longer in either of these fantastic cities, simply let our Expedition Experts know. 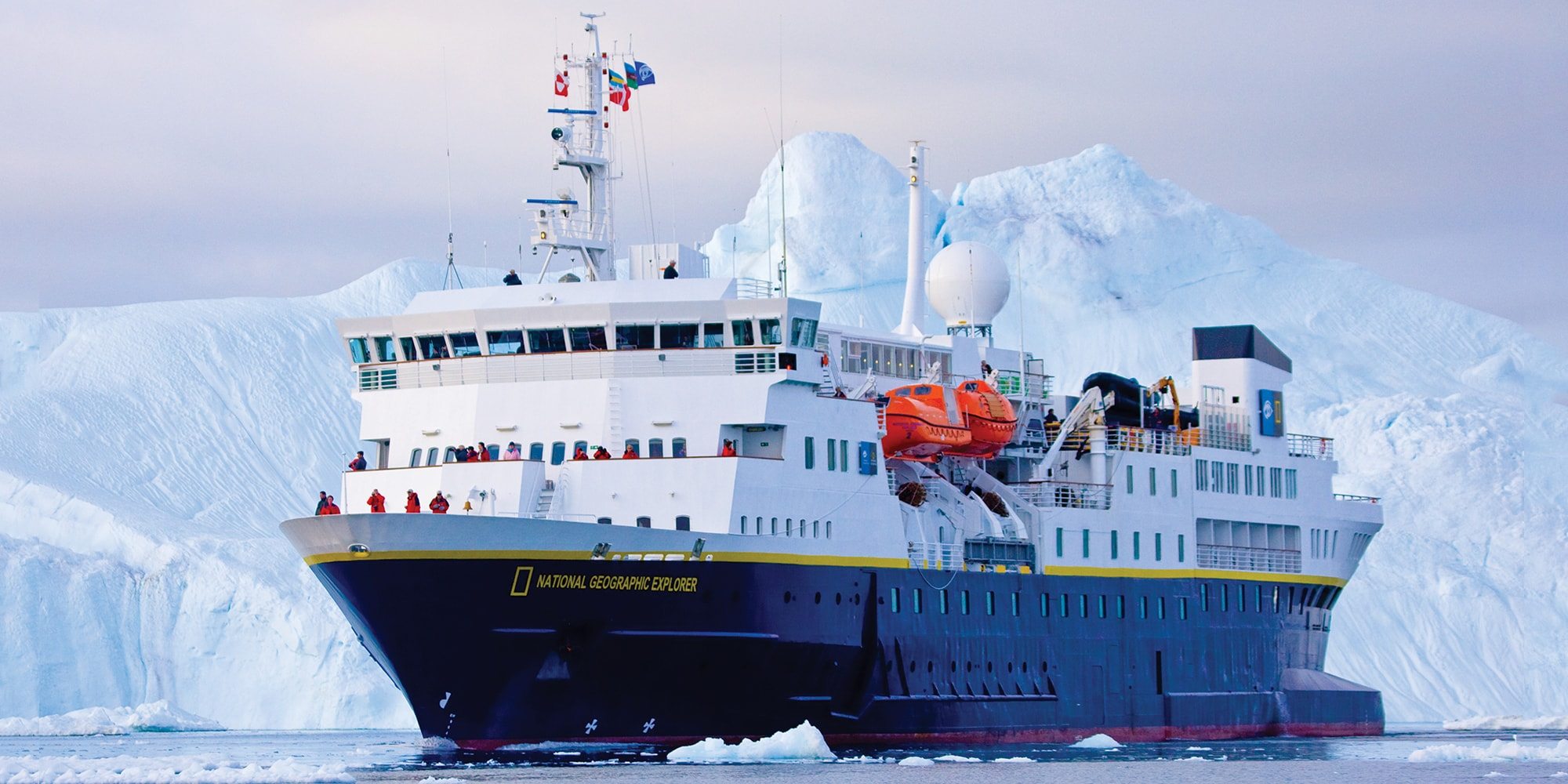 National Geographic Explorer is a first-class expedition ship offering itineraries in Antarctica and the Arctic for no more than 148 guests. Built in 1982 and originally christened Midnatsol, she underwent a full scale re-build in 2007 when purchased by Lindblad Expeditions. In her current guise, she is one of the most recognisable expedition vessels in the world and has consistently won awards for the quality of her itineraries and the high calibre of staff onboard.

As you might expect for a ship of such standing, National Geographic is purpose-built for adventure. She is equipped with a fleet of Zodiacs that can be deployed at a moment’s notice in order to take advantage of unplanned sightseeing opportunities, as well as undertake scheduled excursions and landings ashore. In addition to this, National Geographic Explorer also carries a number of kayaks and photography equipment – including high definition cameras which routinely film underwater scenes and project them into the ship’s lounge.

Every expedition on National Geographic Explorer is accompanied by a highly trained Expedition Team who lead a daily programme of briefings, excursions and insightful lectures. Their knowledge is unrivalled when it comes to exploring remote regions and as such will play a major part in ensuring your experience is as enjoyable and as fulfilling as possible.

National Geographic Explorer also operates an ‘open bridge’ policy, so you are free to visit the captain and his officers to learn more about what it takes to navigate a ship in the polar regions.

The accommodation onboard National Geographic Explorer is comprised of 81 cabins spread across the ship’s Main, Upper and Veranda Decks. Spacious in size, every accommodation category has an en suite bathroom, a flat-screen television and climate control, as well as a writing desk and chairs. While all of the cabins have oversized windows, thirteen of the ship’s cabins boast their own private veranda.

Where dining is concerned, National Geographic has two dining venues, both of which are used for breakfast, lunch and dinner. The food served onboard is freshly prepared with ingredients often sourced from local ports and fisheries.

Unlike many other expedition vessels, National Geographic also has its own gym onboard – which is perfect if you want to keep in shape while you’re away!