Your time in the Pacific begins on Easter Island, where Le Soleal will spend two nights moored in the harbour of the island’s capital, Hanga Roa. While the town itself has a few attractions – including several fantastic fresh-fish restaurants – its main asset is its close proximity to many of the island’s key sights.

From Hanga Roa you can visit Rano Raraku National Park, watch the sunrise from Ahu Tongariki and, of course, see Easter Island’s famous Moai; the iconic monolithic statues of which there are over 800 dotted throughout the island.

Upon leaving Easter Island, Le Soleal will set a northeasterly course bound for glorious Pitcairn Islands. Along the way you will brush past the coastline of Ducie Island. First discovered in the early 1600s, Ducie Island is one of the most remote islands in the world and is so isolated that even fishing in the area is rare due to the difficulty many boats have in getting to its shore.

In the Pitcairn Islands you will visit Adamstown, a volcanic land mass which is home to just 50 inhabitants, many of which live in the island’s sole village. Adamstown is most famous for being the final resting place of HMS Bounty, a British Navy vessel who’s captain William Bligh was overthrown by disgruntled and restless crew.

The days that follow offer further opportunities to explore some of the most noted islands in the region. In the Gambier Islands, you’ll visit Mangareva; an island steeped Catholicism and resplendent with many historical sites and 19th century religious buildings. Saint Michael’s Cathedral in particular is quite remarkable and is constructed out of nothing more than wood and coral.

You will also spend a day in Moorea Cook Bay, an island framed by pristine beaches and crystal clear waters which are idea for snorkelling. Discovered by James Cook in 1769, Moorea is a true tropical paradise, with exotic flowers, a pineapple plantation and Monoi all contributing to the island’s pleasant scent.

The last major port of call on your South Pacific cruise is Bora Bora. Rightfully known as the Jewel of the South Seas, Bora Bora has been inhabited since the 4th Century and was previously called “Pora pora mai te pora”, which translates to ‘Created by the Gods’. Here you will find amazing beaches, lush vegetation and some extremely inviting lagoons – the perfect way to spend your penultimate day in the region.

Following a late evening departure from Bora Bora, you will set sail for Motu Ceran, before arriving in Papeete where you will disembark. 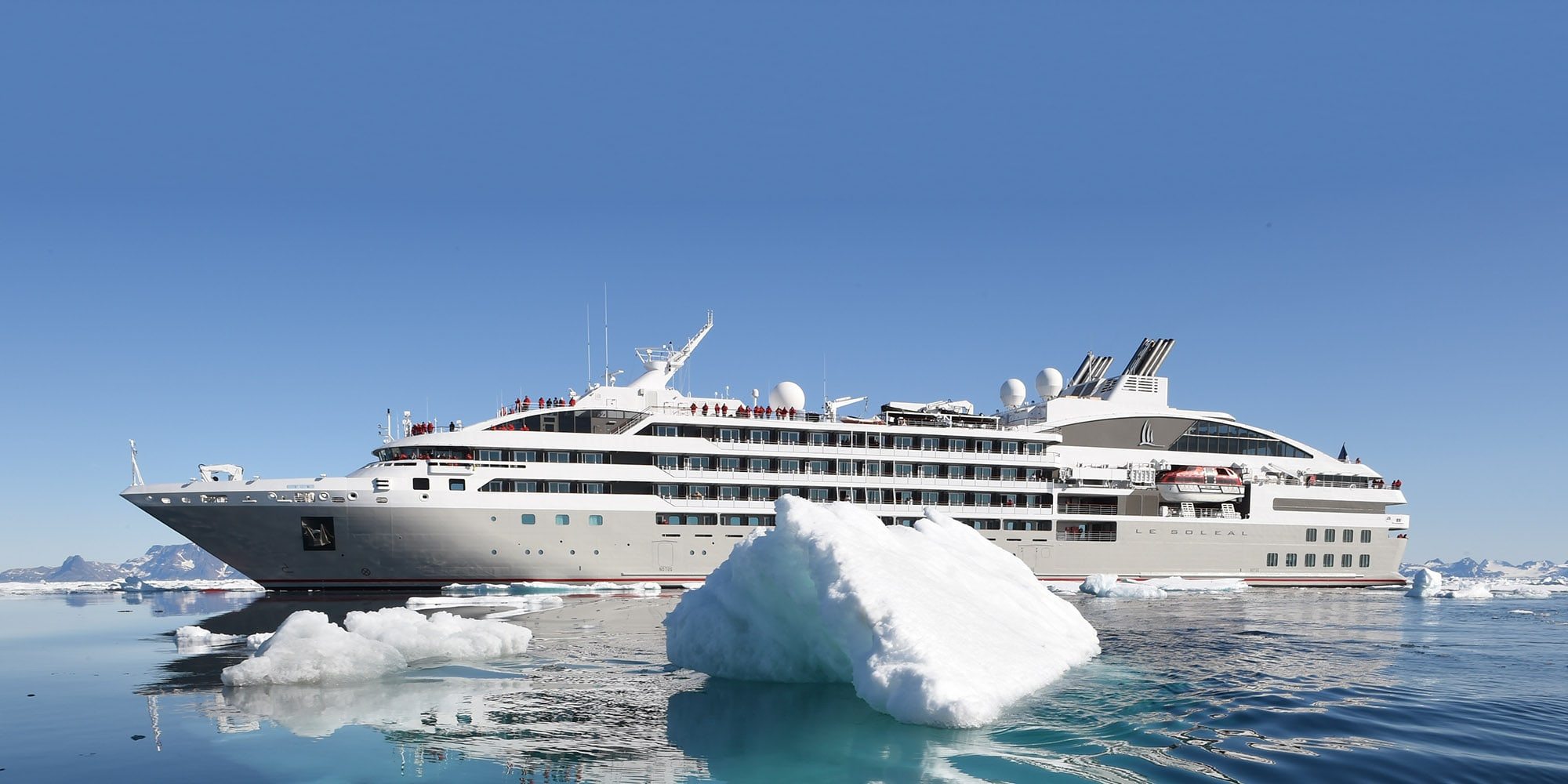 Built in 2013 and with a 264-guest capacity, Le Soleal is one of the most elegant expedition ships currently operating in the Polar Regions. She is owned by Ponant Cruises and particularly popular with younger couples and solo travellers. Le Soleal is a great choice if you are seeking an expedition cruise in Antarctica or the Arctic that combines immersive exploration with a high standard of onboard luxury.

Every expedition aboard Le Soleal is accompanied by a team of Naturalist Guides. Highly trained and with an infectious passion for exploring, the team will be on-hand to guide you whenever you leave the ship, either by Zodiac – of which there are 12 – or when venturing ashore to partake in a guided excursion. The Naturalist Guides will also lead the ship’s daily briefings, lectures and recaps. Delivered in Le Soleal’s show lounge, these informative presentations are designed to add insight into each destination’s history, wildlife and landscape.

There are four categories of accommodation on Le Soleal: Standard Staterooms, Deluxe Staterooms, Prestige Suites and one Owner’s Suite. All offer outside views, king-size or twin beds, climate control, TV/DVD players and an ensuite bathroom. The Prestige Suites also benefit from a private veranda and a separate sitting area, while the ship’s largest accommodation option, the grand Owner’s suite, offers space and facilities that are similar to that of the world’s finest hotels.

Where dining is concerned, Le Soleal offers a choice of two dining venues, each serving up a delightful combination of French and international cuisine. The ship’s main restaurant, Le Coromandel, operates on an open-seating basis for breakfast lunch and dinner with enough space to seat all guests. While breakfast and lunch are both served buffet-style, table service is the only option during the evening.

Le Soleal’s second restaurant, Le Rodrigues, is a more informal option and provides indoor and outdoor seating for up to 130 guests. All meals are self-service, with buffet trays offering both hot and cold dishes as well as a cooking station for omelettes, pizza and pasta dishes made to order.

Owing to the nature of the expeditions undertaken by Le Soleal, onboard entertainment on the ship is limited. As such, you won’t experience any West End show imitations or big band performances. Instead, guests will usually gather in one of the ship’s lounges in order to mix with fellow travellers and take advantage of the huge variety of drinks and tipples available.

Other facilities on Le Soleal include a fitness centre, a library, two pools, a spa and a full service salon.